January 11, 2013
Live and learn they say. I will say it even if it sounds morose: "If someone is bound to die he or she should do so late in the evening because he or she would have had the chance to learn something that day!!"

Well I just learned that there are blue/black potatoes. They are imported from France. 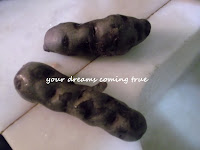 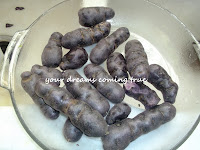 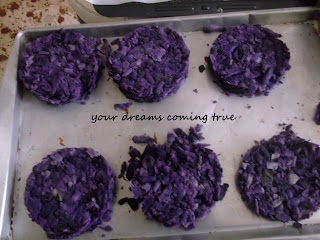 I was told that you can either boil and puree them, or make crisps (chips) out of them. So I thought of thickly grating them and making them into cakes, fry them crisply on both sides et voila. But I found out I could not because they don't hold together in the pan: they fall apart. So I lost my patience and mixed them all up as the picture below: 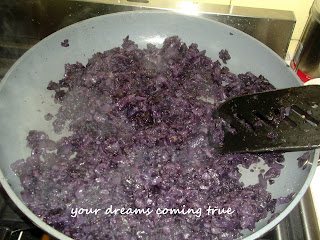 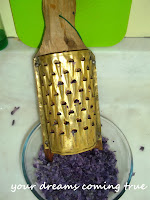 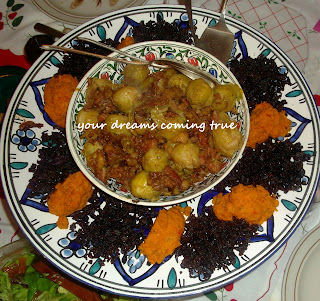 I know I could have put flour etc. but I prefer natural stuff.  So kept sauteing over a very slow fire until they became so beautifully crunchy that I kept on eating from them while cooking and there weren't much left for the guests!! Used good fresh butter mixed with some olive oil, and they came out perfect.! So these are the black spots you see in the plate below. They really are deliciously crunchy and taste yummy.

Ingredients:
-  1 kg of black potatoes.
-  Salt and pepper.
Method:
-  Boil the potatoes till tender, peel and grate them as above.
-  Add salt and pepper to taste and saute on slow heat till crisp.
-  Serve as shown on platter.
Enjoy
Stelio