Had the clever idea of making a Beef Wellington for Epiphany which did not turn out the way I expected it because basically it was the first time I made it. All I knew about it was that you take a piece of beef and wrap it in puff pastry, seal it and stick it in the oven till the the pastry turns out a dark golden color.

As I was looking through recipes in the Internet, I came across Mr. Gordon Ramsey's version of it which looked very good and Christmasy. Mr. Ramsay had the whole recipe on You tube. I followed step by step but unfortunately it did not come out as I expected. Everybody else confirmed that it is excellent.

Method:
Since I did not have the easy and straight forward piece of filet, I had to do some African Engineering in order to the piece the way I wanted it which as narrow and long...just like a filet looks like. 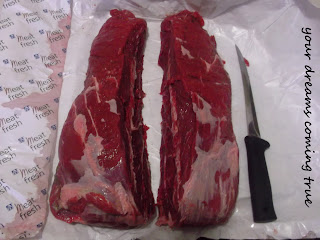 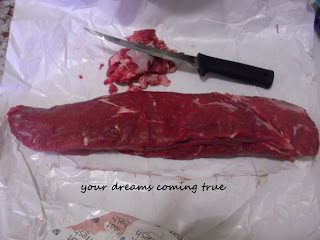 Note: This piece of meat is called "Χτένι Σπάλας"  in Greek. It is part of the shoulder going to the neck of the beef. Greeks have a much different way of butchering in general. All I know is that it is a very tender piece of meat when roasted whole in the oven or grilled over charcoal or stove top.
-  Cut the above piece in two where the thinner part will be for well done.
-  Blitz the mushrooms and the chestnuts together.
-  Heat some olive oil in a skillet and sear the two pieces of meat from all sides till they take a brownish color. Do not cook, just sear. Set aside.
-  Heat some olive oil in the same skillet and cook the mushroom/chestnut mixture until most of the water in the mushrooms is evaporated. Let cool.
-  On a clean table surface pull out enough cling film to cover the table.
-  Place slices of Parma Ham as shown in picture. 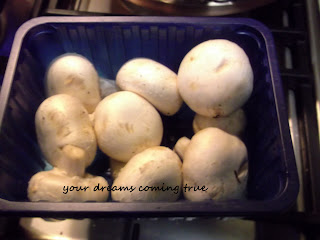 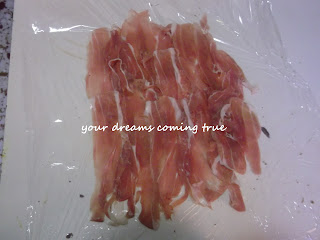 -  Spread the cooled mushroom mixture as shown in picture below. 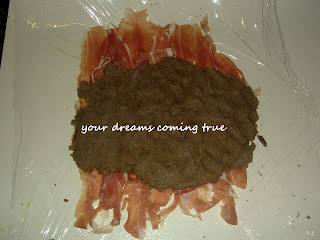 -  Piece of meat on the right has been wrapped tightly in cling film and put in the fridge to set. 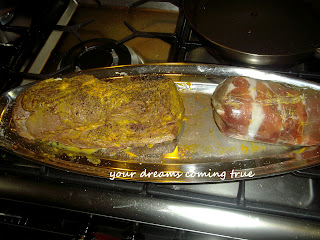 -  The same was done for the piece on the left. 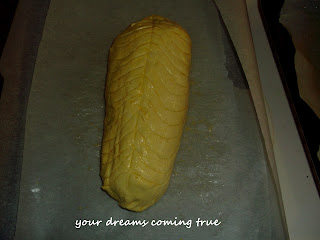 -  Both pieces were then wrapped in puff pastry as shown above and below: 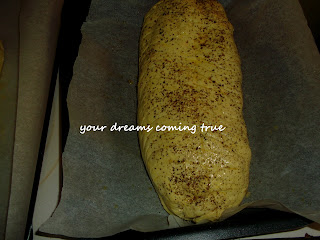 -  Both pieces were brushed with egg wash: 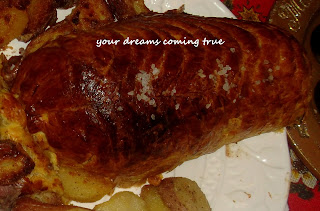 -  The piece which needed to be well done was put in the oven about 15 minutes before the second. All in all about 50 minutes. 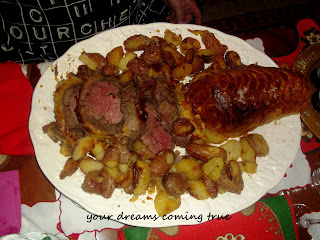 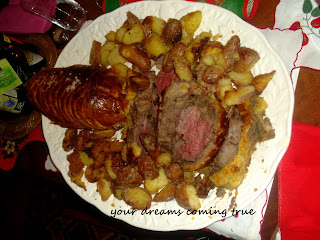 Hope you can understand anything I've written above.