This is the first time ever I eat American Black Angus Beef! Charcoal burning at 375 degrees F, it only took three minutes on each side to be a perfect rare+  as everybody wanted it... 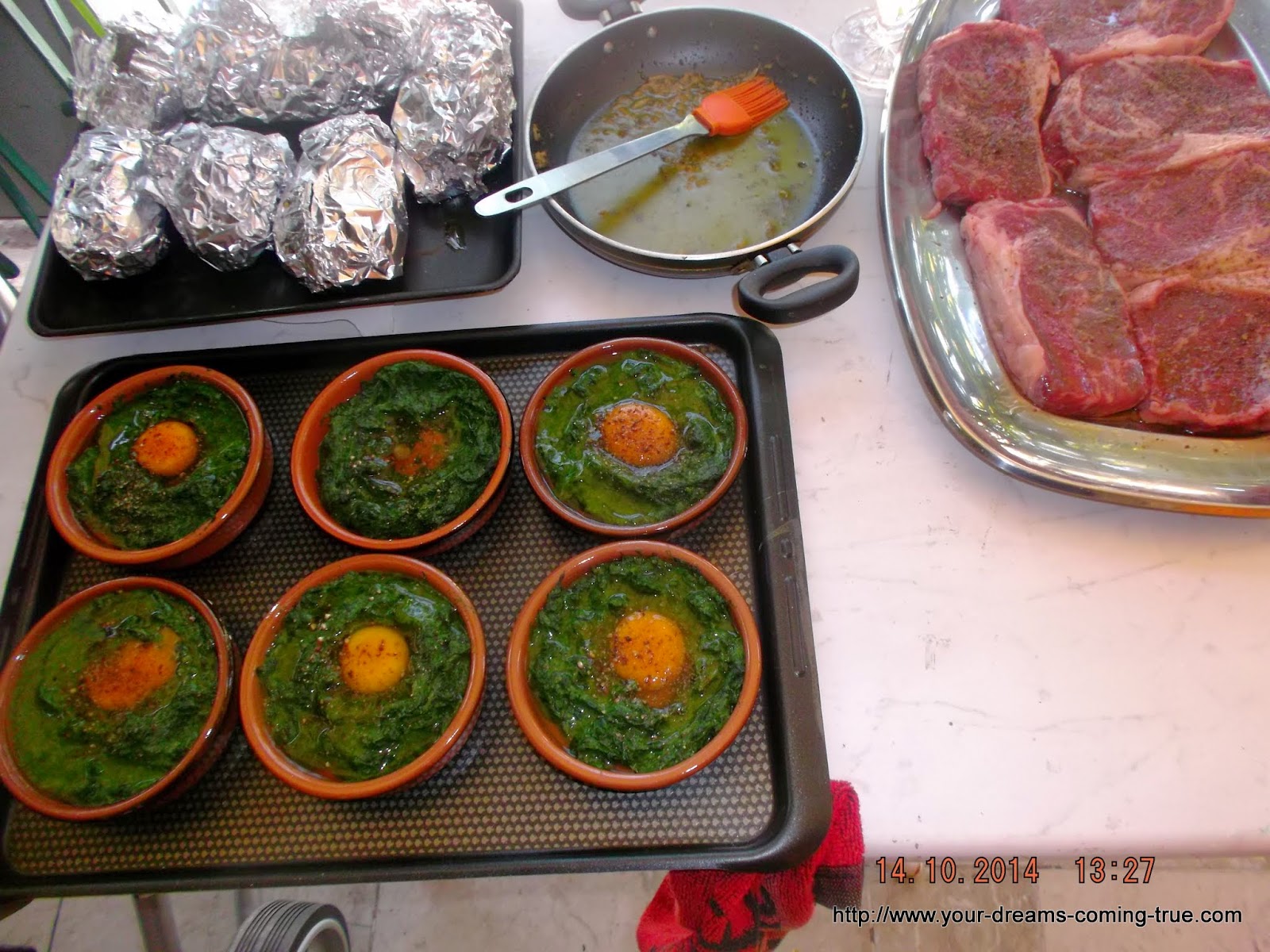 The potato you see on the plate was already cut and brushed with mixture of pan sauteed good quality French butter, dry sage and a crushed clove of garlic before wrapping and cooking in a small electric oven (my bread-maker oven serves a dual purpose). All potatoes were opened and brushed again during the grilling of the meat. 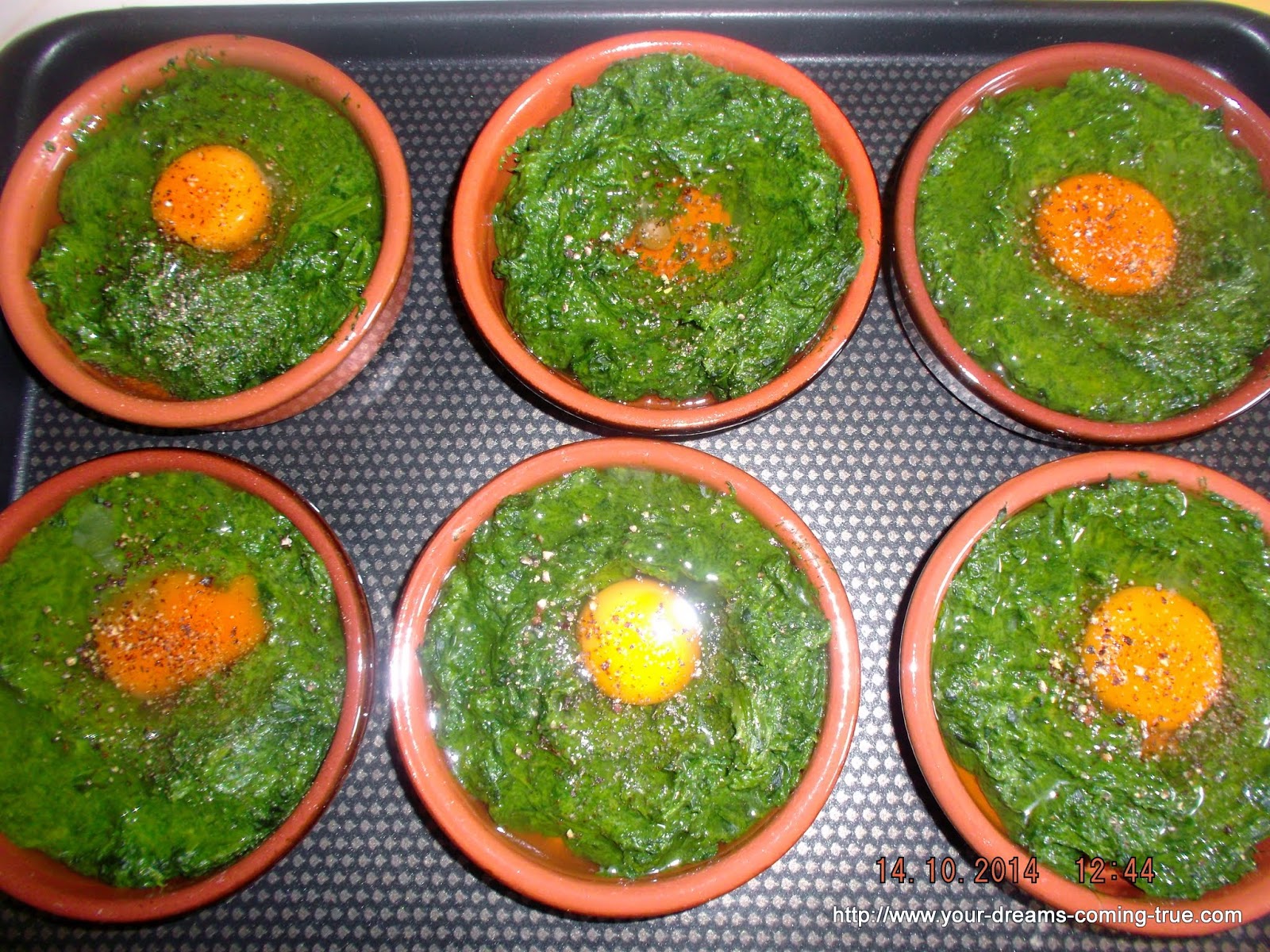 Note: I bought small eggs for this recipe. One of them was so small it had no yolk!! (Centre top row)

This is a little speciality of mine using boiled fresh spinach with ALL liquids pressed out and pureed,  mixed with an equal part of freshly made thick bechamel sauce. A sprinkle of a little garlic powder and some nutmeg is usually added to the final product. Grated cheese was not added in order to reduce the calories. Then made a little hole in the middle of the ramequin to break an egg per ramequin. That is why the smallest eggs were used to prevent the egg whites from spilling out. You may want to cover each ramequin with some aluminum foil to prevent the spinach from turning dark in colour.

To tell you the truth this is first time I put ramequins in the bbq. 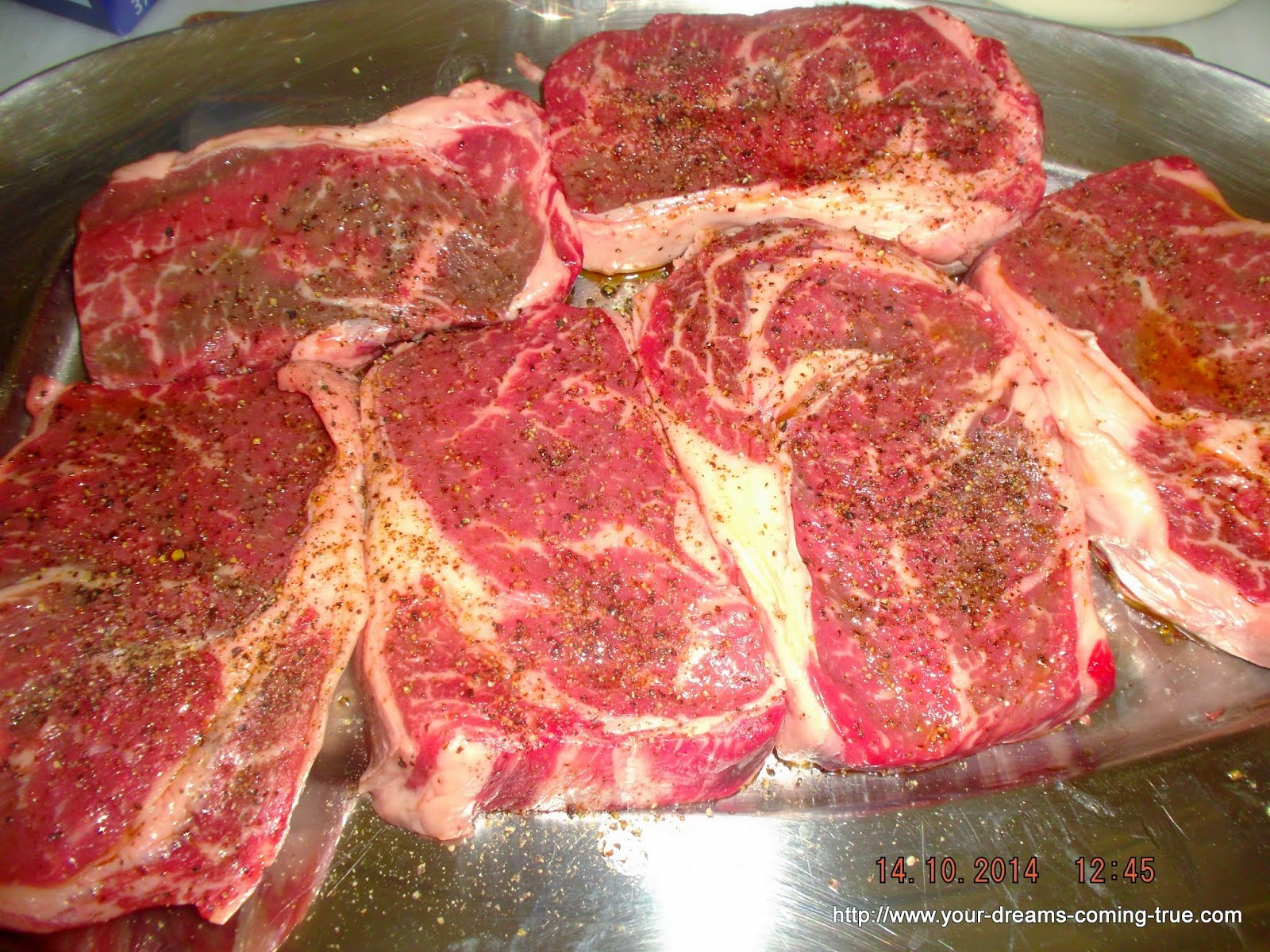 We were six for lunch. Added only pepper to the meat. No salt and used tongs to handle it not to cause any holes. As mentioned above, direct grilling at 375 degrees 3 minutes each side were just enough to give us the most fantastic steaks!! Rare, not blue, just like everybody wanted them.

We enjoyed, and so sorry y'all were not here to enjoy with us!!
Till next time
Stelio

P.S. Unfortunately From all the excitment not to overgrill the very expensive meat (38 euro per kg), I forgot to take a pic of the bbq with all the stuff on it.