July 31, 2012
Batida is Portuguese or Spanish for Shake.  So Batida de Ananas con Cachaça is a pineapple shake with Cachaça. For anybody who may not know what Cachaça is, it is a rum made in Brazil straight from sugar cane. It does not go through the extra stages of turning it into the real rum Jack Sparrow, the Pirate, used to drink sailing around the Caribbean. Cachaça has a very subtle back taste of the black rum we know as Captain Morgan's. Cachaça is not like Bacardi.  In fact Cachaça is very pleasant and very alcoholic so we consume responsibly as with other alcoholic beverages.
We had a dinner party the other day and made some of these Batidas. Lots of coffee was served after dinner so the people could drive back to their home. It goes like this:
Recipe for two persons. 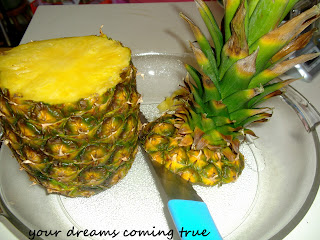 -  One whole fresh pineapple its head cut off with two holes made opposite each other and scraped inside keeping the shell intact without holes as shown in picture.
-  4 shots of Cachaça.
-  2 shots of good quality pineapple juice. Amount of juice should be half that of the Cachaça.
-  2 Tbsp. freshly pressed lime juice.
-  Lots of crushed ice.
-  Two straws per pineapple.
Method:
-  Empty body of the pineapple carefully not to pierce it.
-  Prepare shake in a pitcher by mixing all the above ingredients (except the straws).
-  Pour into pineapple body, cover with the head.
-  Insert the two straws opposite each other. 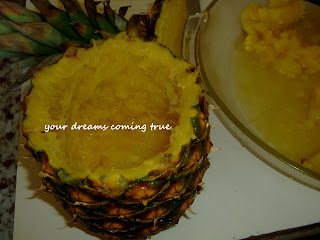 Each couple will enjoy their drink with "some mores" 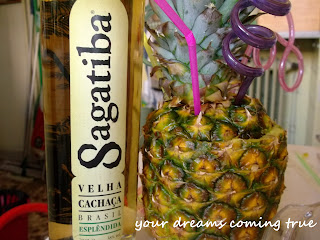 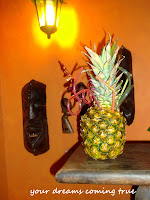 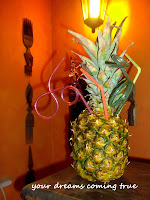 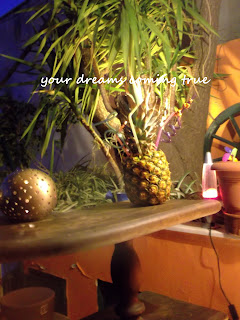 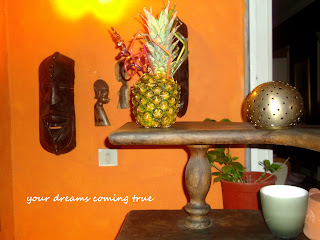 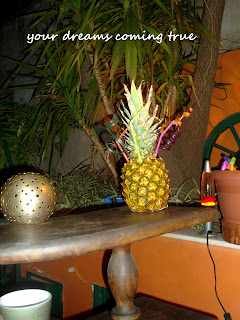