NDUJA.... The Delicious Sausage From Calabria. 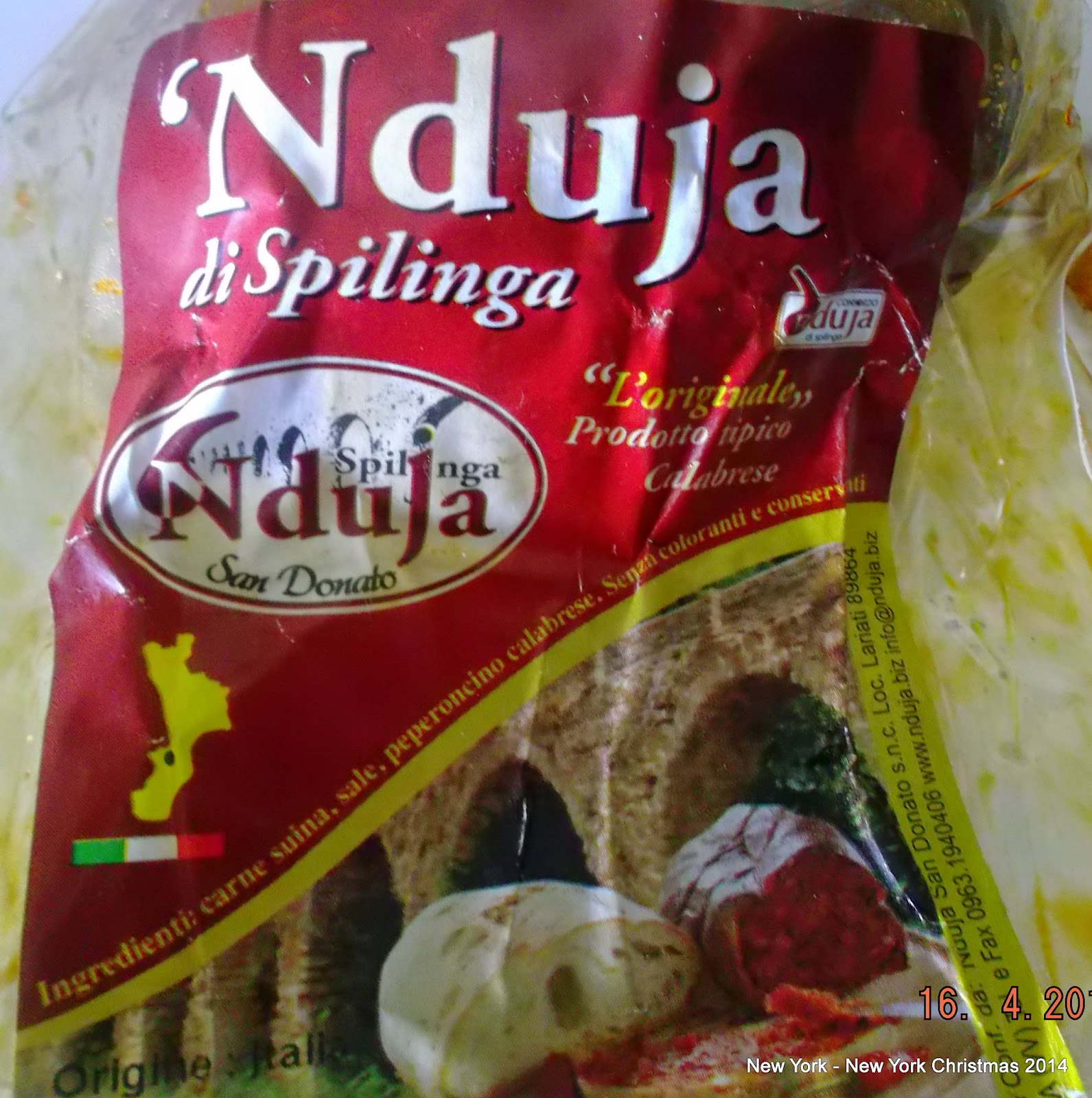 The following article has been copied verbatum from “Academia Barilla” on the Internet.

This Nduja was brought to me by a good Italian friend Aldo who happens to live with his wife next door to our building in Athens.

If anybody can get a hold of this type of Hot Hot sausage, will be lucky because it can be used in a variety of ways in food. 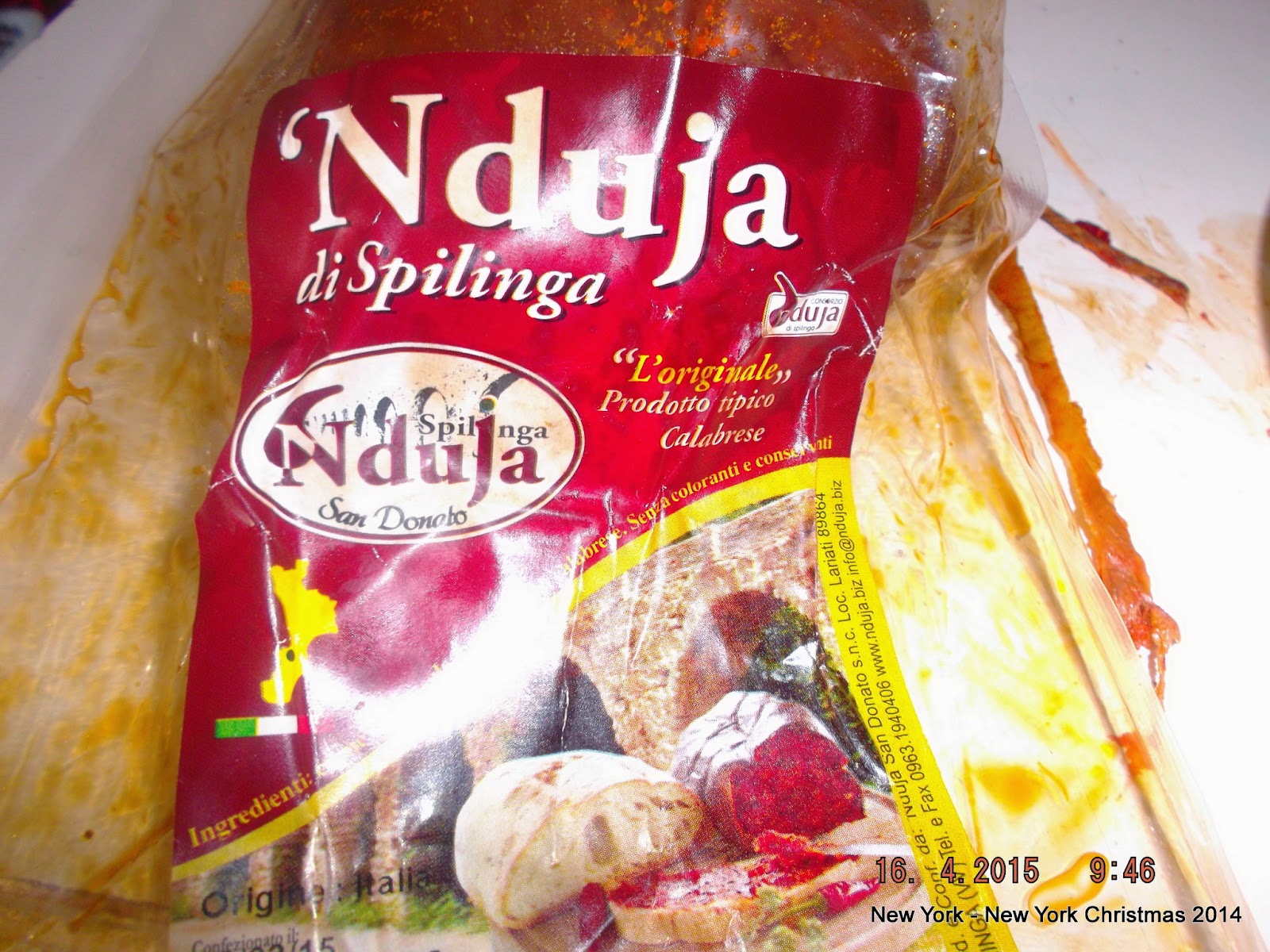 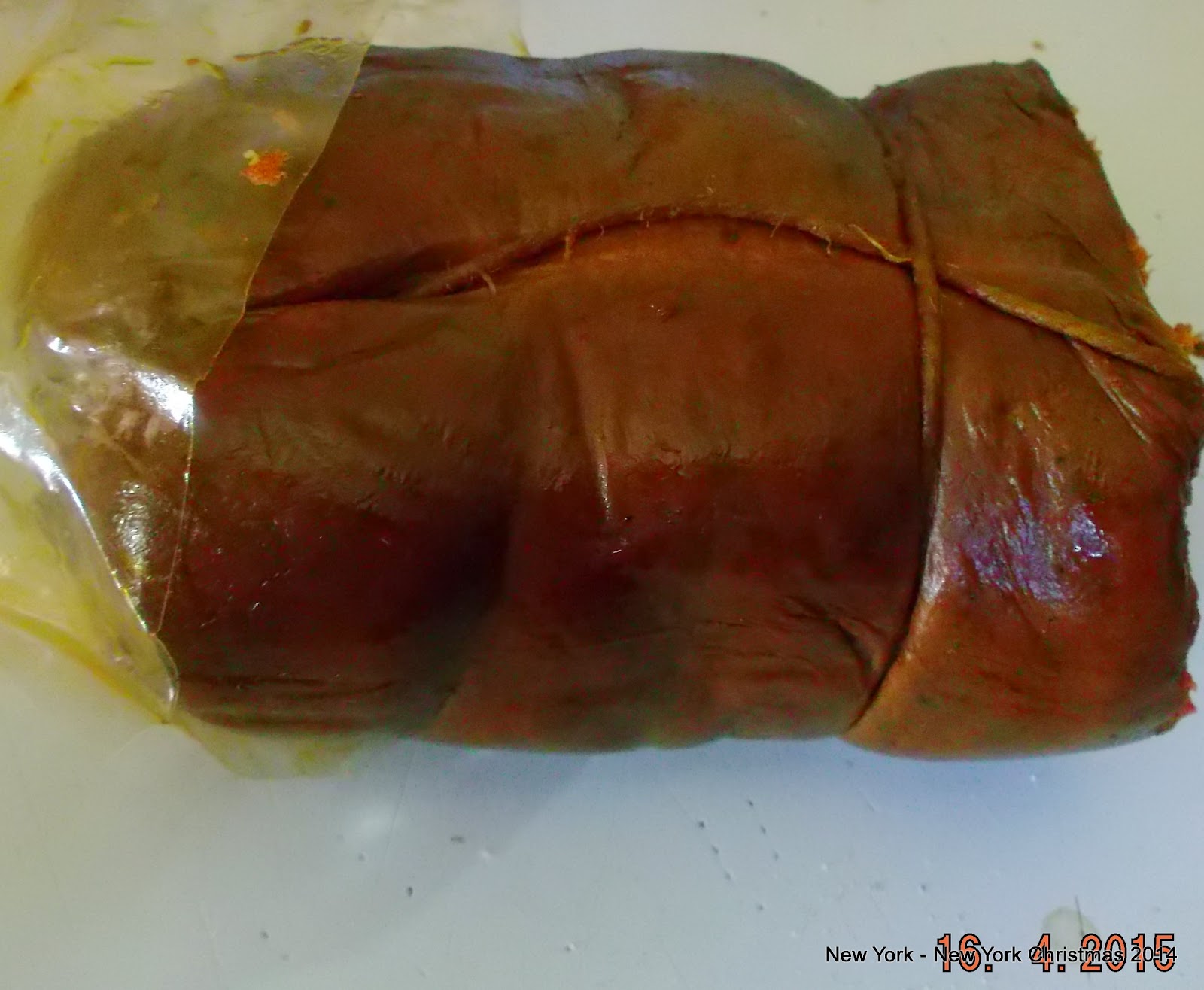 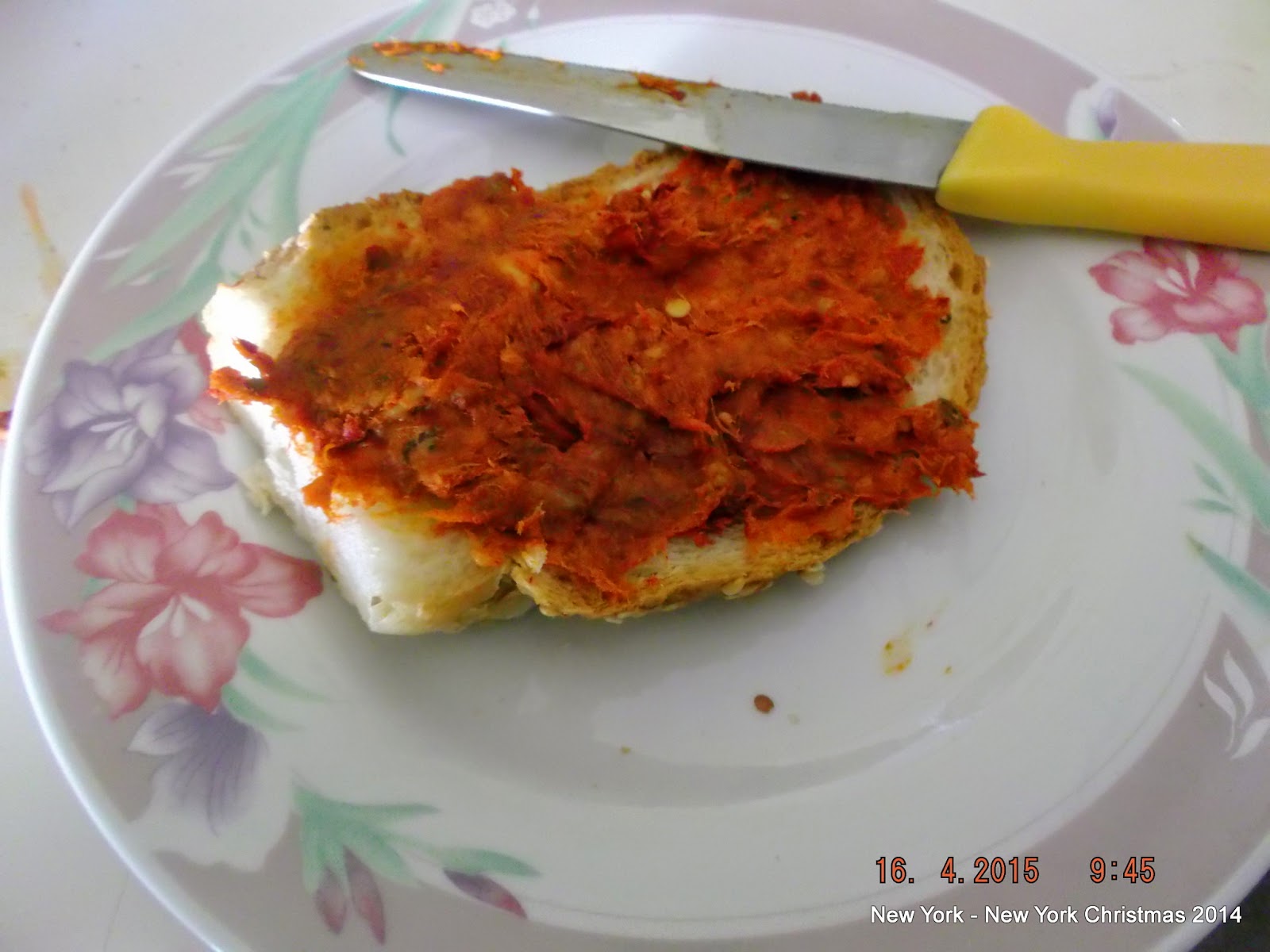 Nduja is a Calabrian sausage traditionally made from pork trimmings. Its name most likely comes from the French word andouille.
HISTORY

Nduja is a Calabrian sausage traditionally made from pork trimmings. Its name most likely comes from the French word andouille, which is a type of sausage made with innards, tripe, lung, and liver, boiled with vegetables and spices.
The meat is stuffed into a casing of small intestine and consumed within a couple of days. The French may have brought this type of sausage to southern Italy when they were defending the land against the invading Spanish. In Calabria, the sausages are made with liver, lung, and the fatty parts of the pig.
The sausages are grilled, cooked in sauce or even eaten raw.
NDUJA

Nowadays, nduja is still made from pork raised on a traditional diet of acorns, grains, chestnuts, beets, pumpkin and dinner table leftovers. In fact, pork raised on whey does not age well and is therefore avoided. Nduja is made from second and third choice cuts, like shoulder and thigh trimmings, head, and underbelly.
The meat is ground by hand using a course sieve, or better yet, chopped by hand. The ground meat is carefully mixed with peperoncino, ground using the same sieve. The meat mixture is left to rest for a couple of hours.  After this time, a small amount of the meat is taken as a sample, cooked and eaten with a piece of bread and wine. If it passes the taste test, then it encased in a large intestine. The other name for this sausage isorba, the actual name of the casing itself.


Now the meat is ready for aging, a process that can take over a year. The sausage is first matured in a well-ventilated area that is free from smoke. Then it is moved to a cool storage room and aged for about two years. If, however, the meat is put into a small, rather than large intestine, it will remain a fresh sausage and should be consumed within a month.

How you could consume Nduja.

1) The best way to eat it is as a spread over thin toasted bread to accompany before dinner drinks.

2) However it can be used to with fried eggs in the morning by adding a slice in the oil and or butter being melted to fry the eggs in and when it is somewhat dissolved, add the eggs you will fry.

3) It can also be used straight on pasta making  sure it will be well dissolved in the pasta before it it is served.

Serve with a nice Pecorino Romano and a red wine.