The Pyromid Fordable And Portable Barbecue 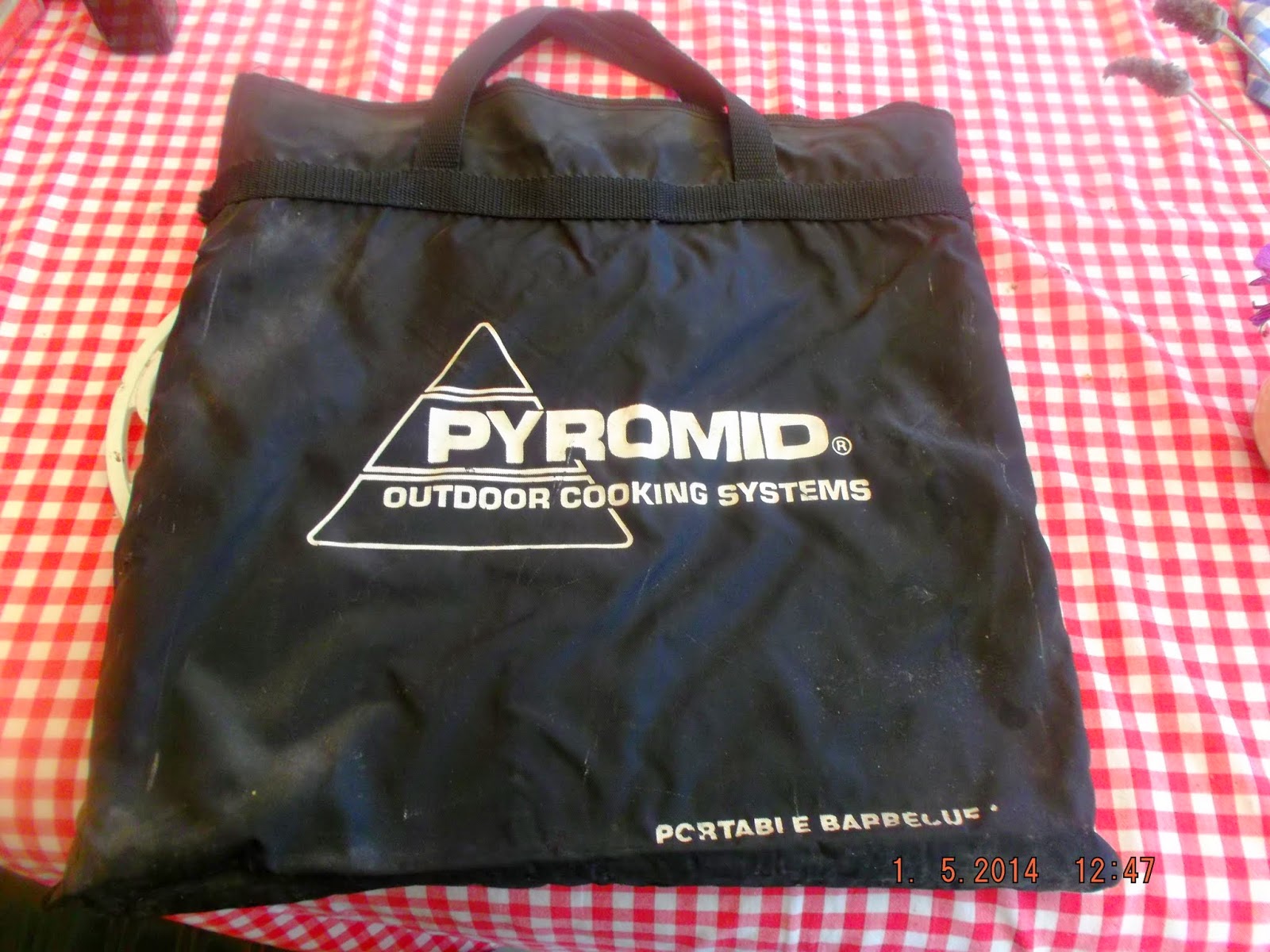 The Pyromid folding and transportable barbecue can be stashed under the driver's seat going to...
and back from your picnic in the countryside.

About 15 years ago I had read an article about it in Time Magazine and I immediately got in touch with the U.S. Commercial Section of the U.S. Embassy in Athens and obtained the address of this company. For me it was the invention of the century.... So I went ahead and bought  the whole series including the smoker which is not shown here to try to sell them in the Greek Market. But apparently I was the only one to think that it was the invention of the century...God knows how much I ran around contacting BBQ, garden, camping and sports shops; no one was interested... it was too expensive!! Now, a Weber BBQ is sold for over 3500 Euros starting from 200 Euros..... But just to show you guys how you can find folding and transportable barbecues in the market. Unfortunately this company out of Oregon, U.S.A. is not producing them anymore for unknown reasons. If somebody in the States can trace them and let me know I would sure appreciate it.

Here is a series of pictures which show you how fordable and transportable it is. 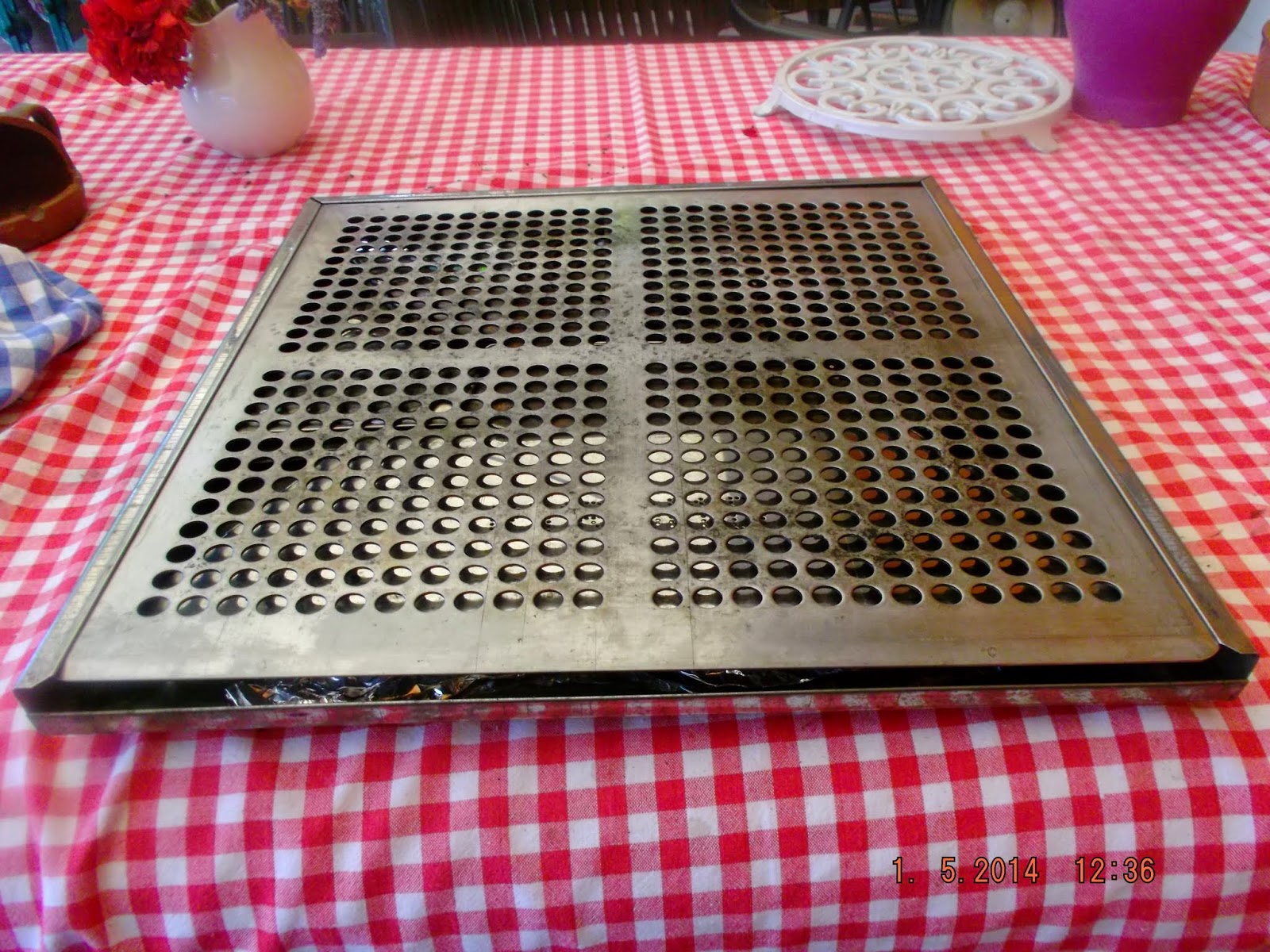 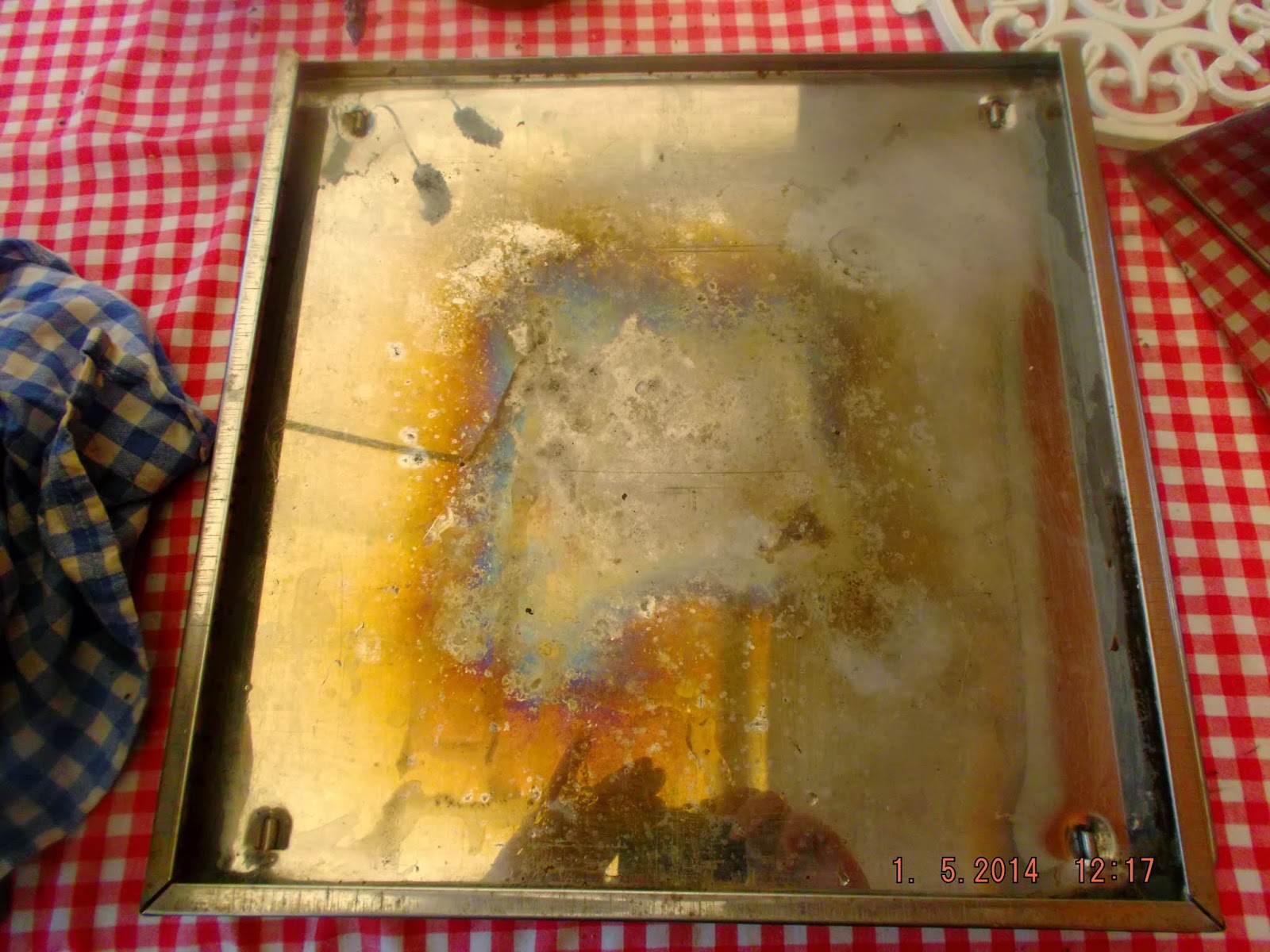 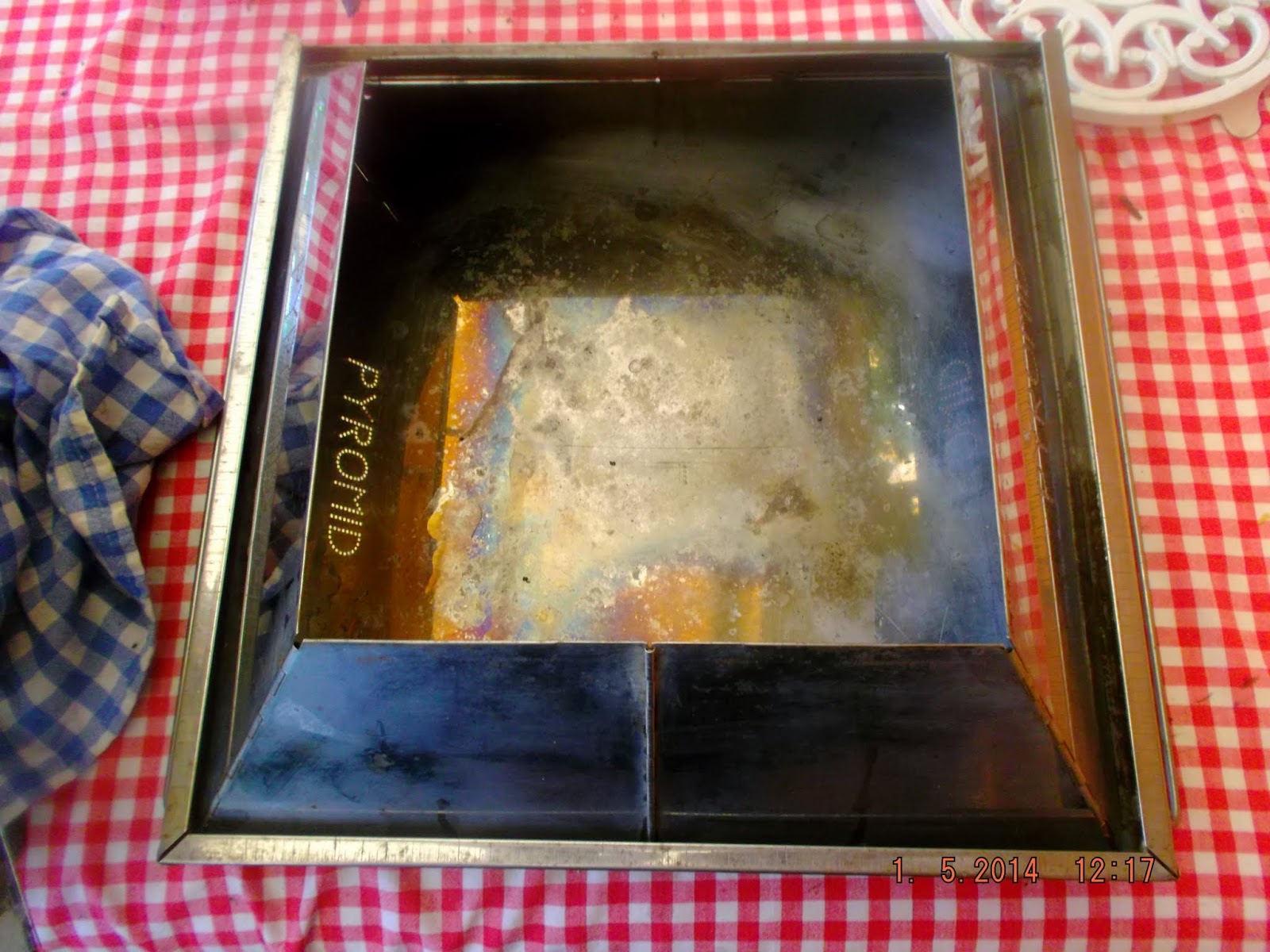 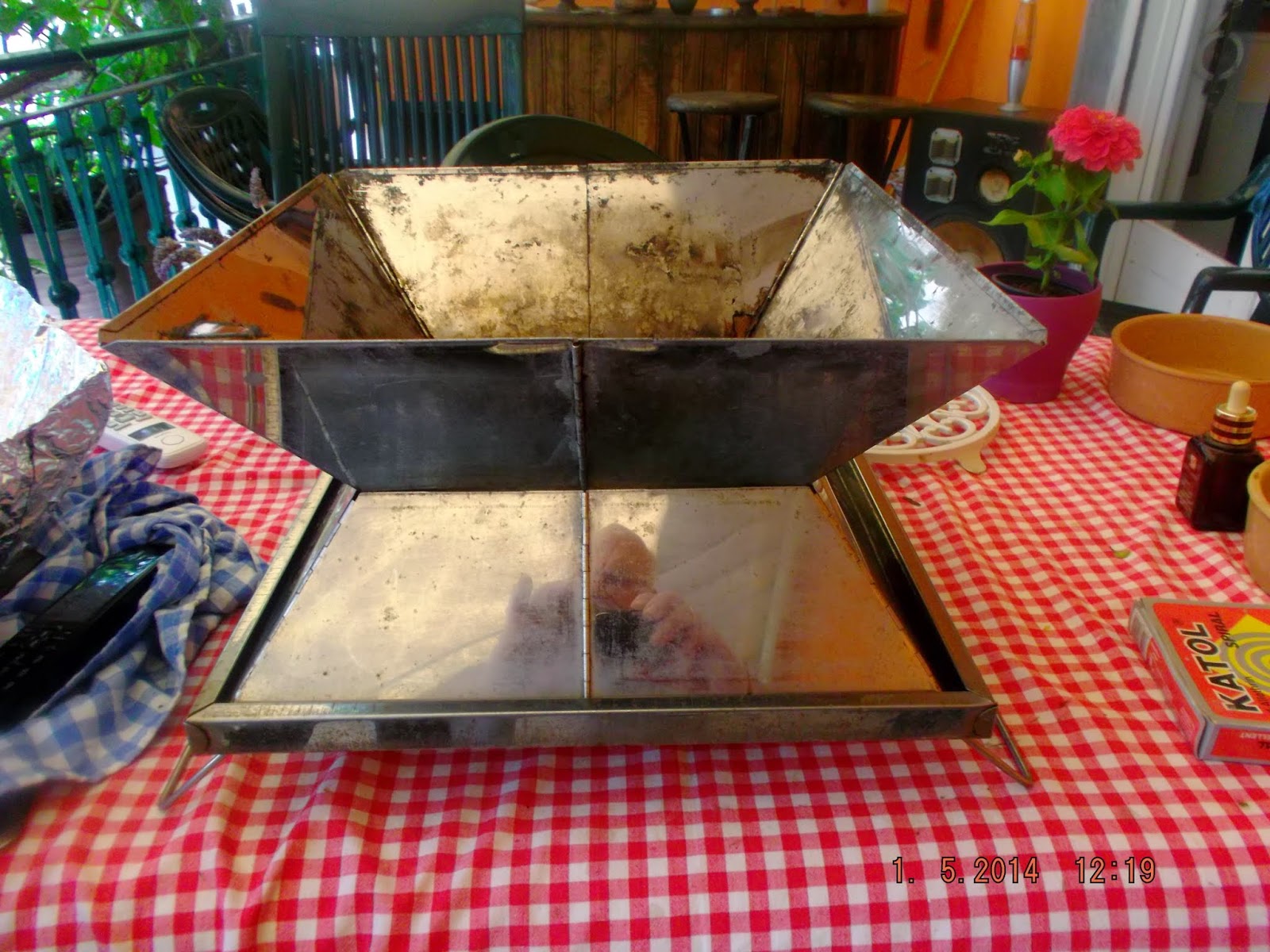 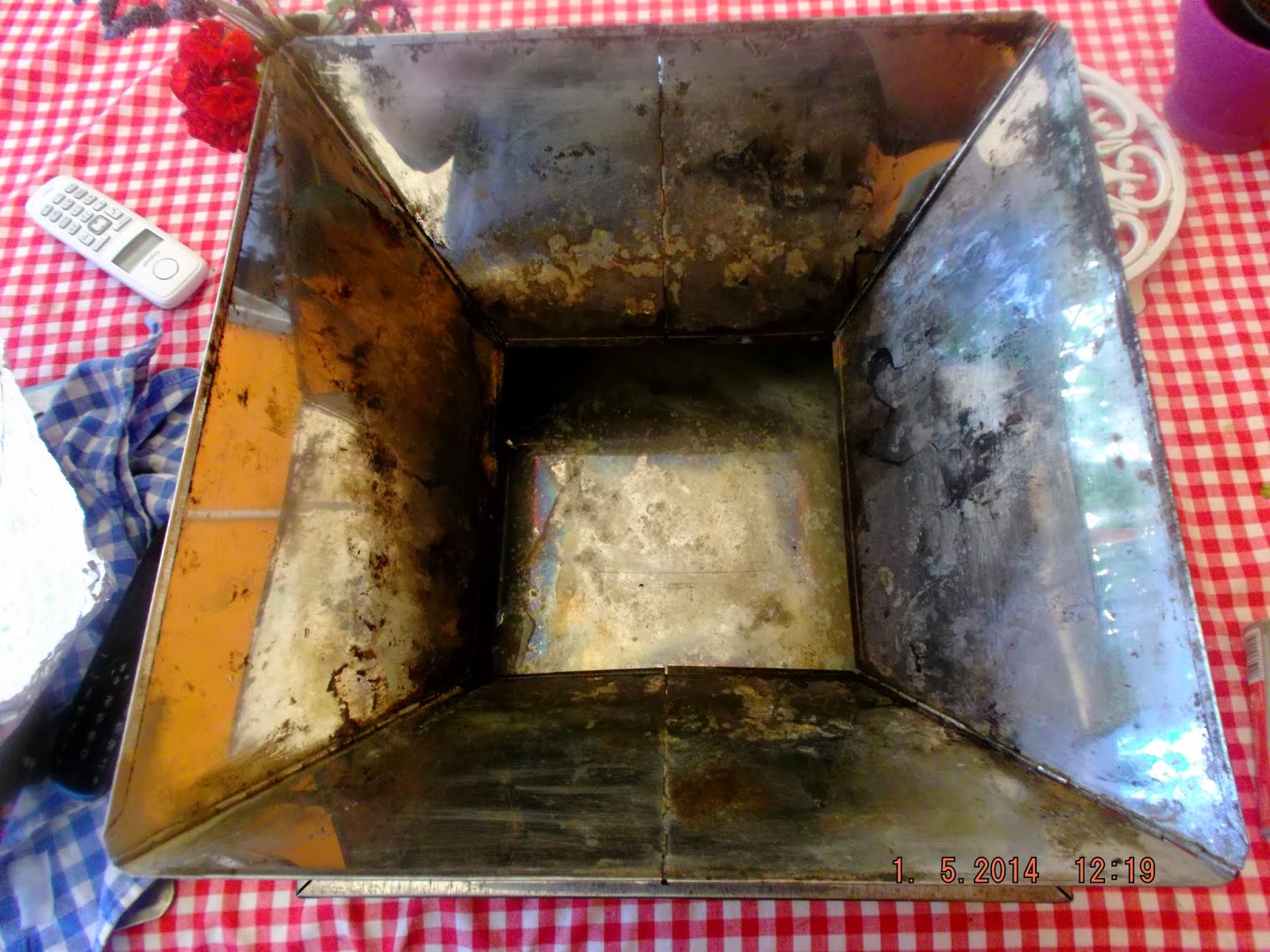 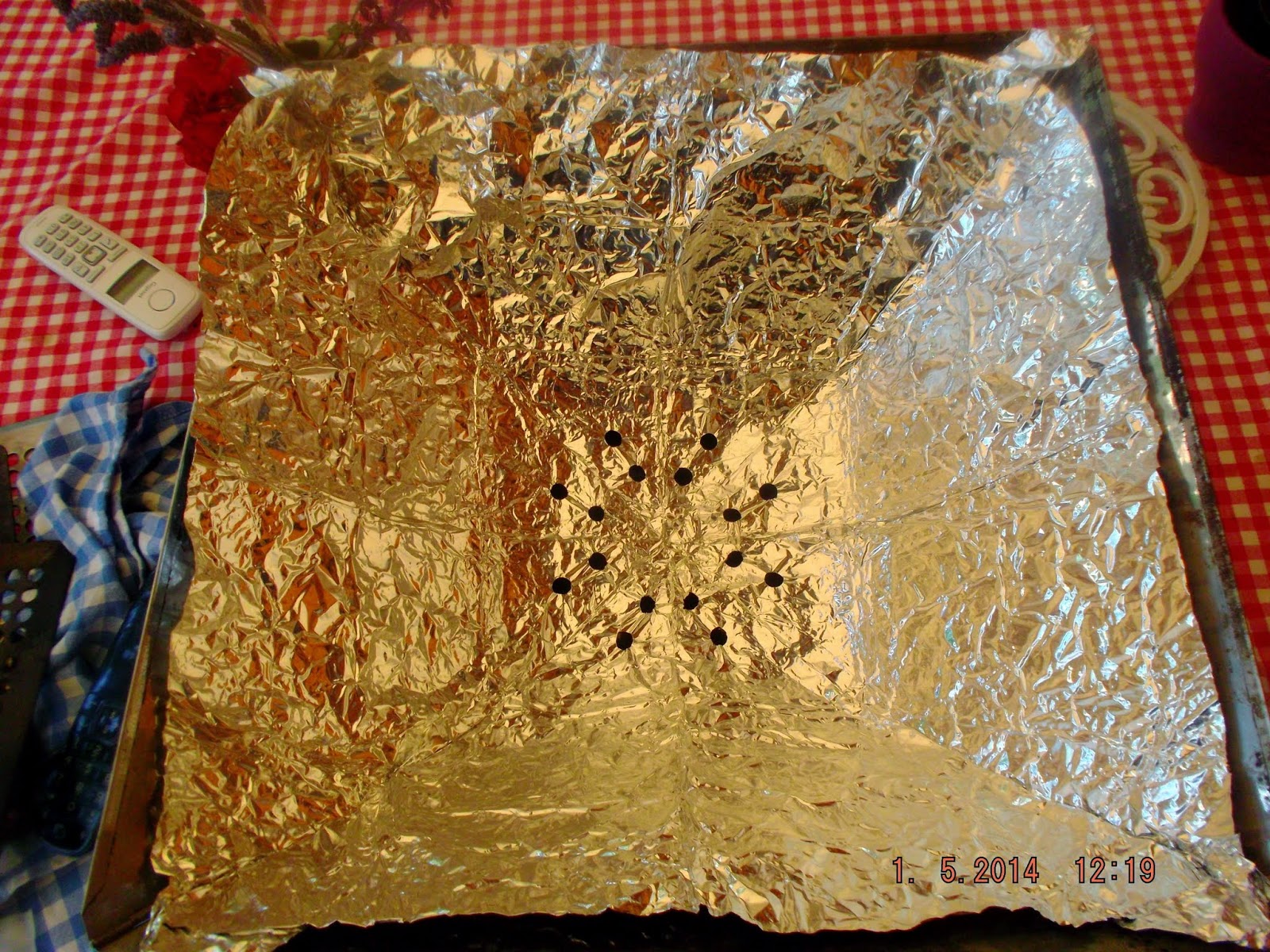 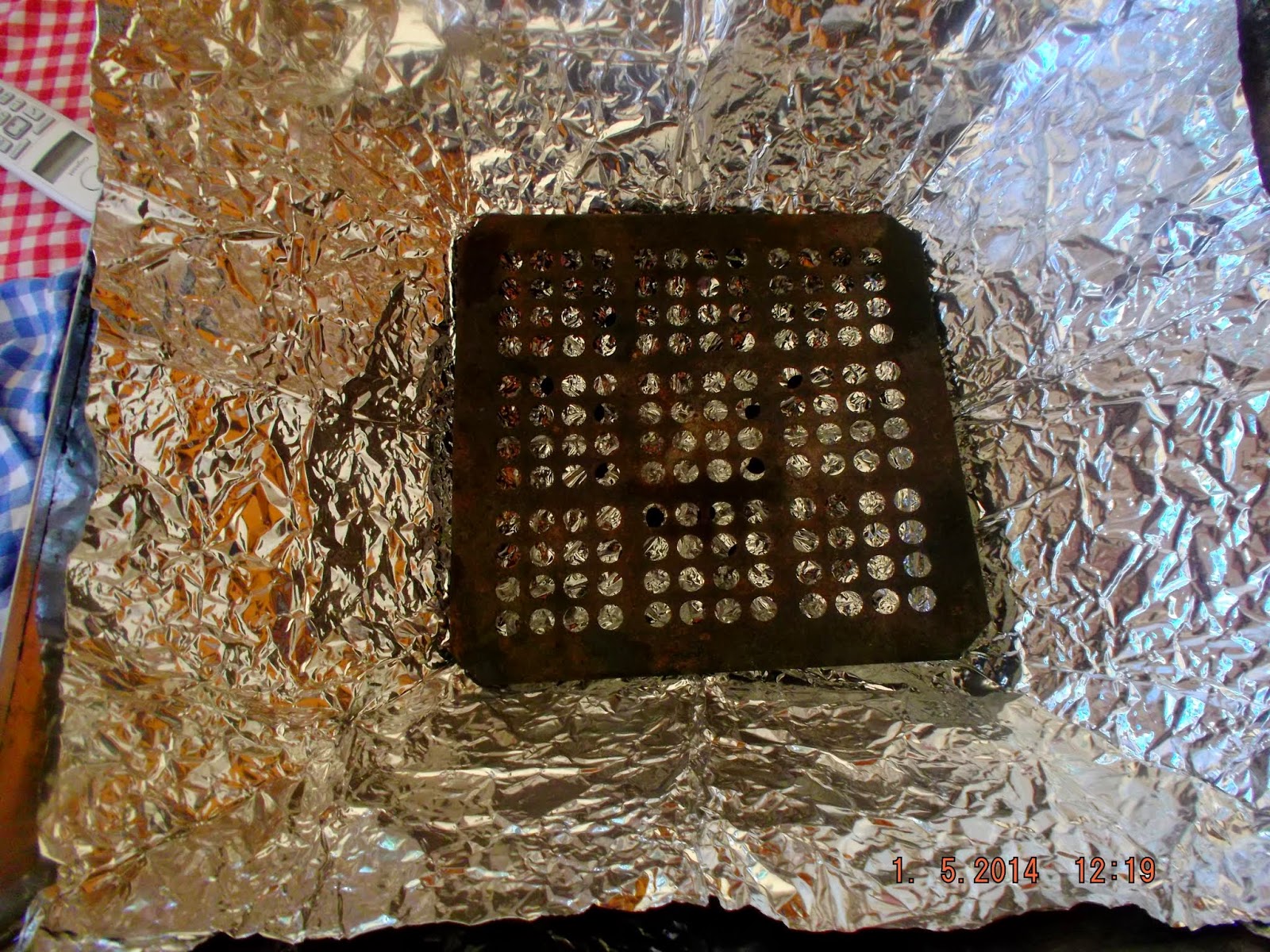 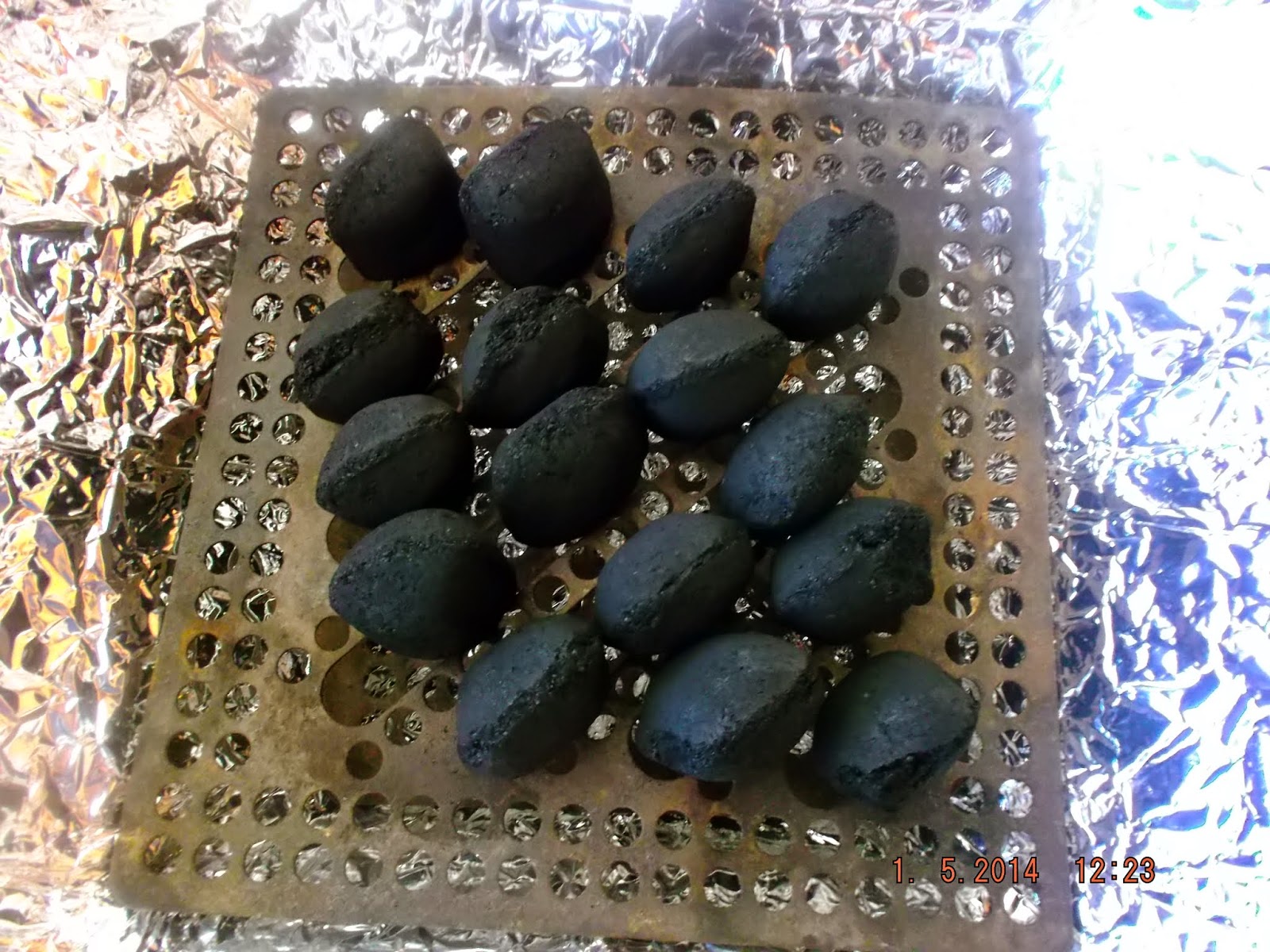 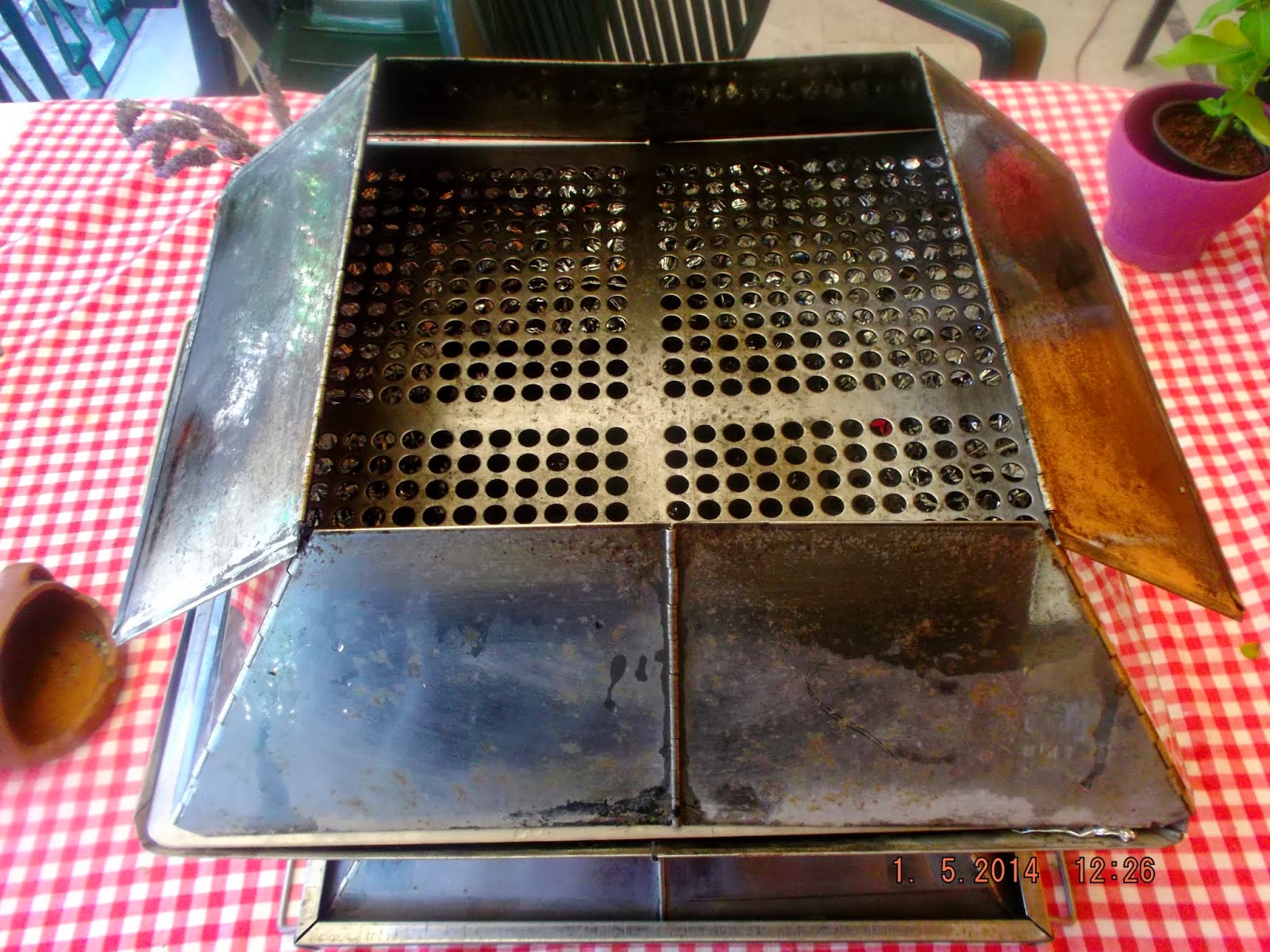 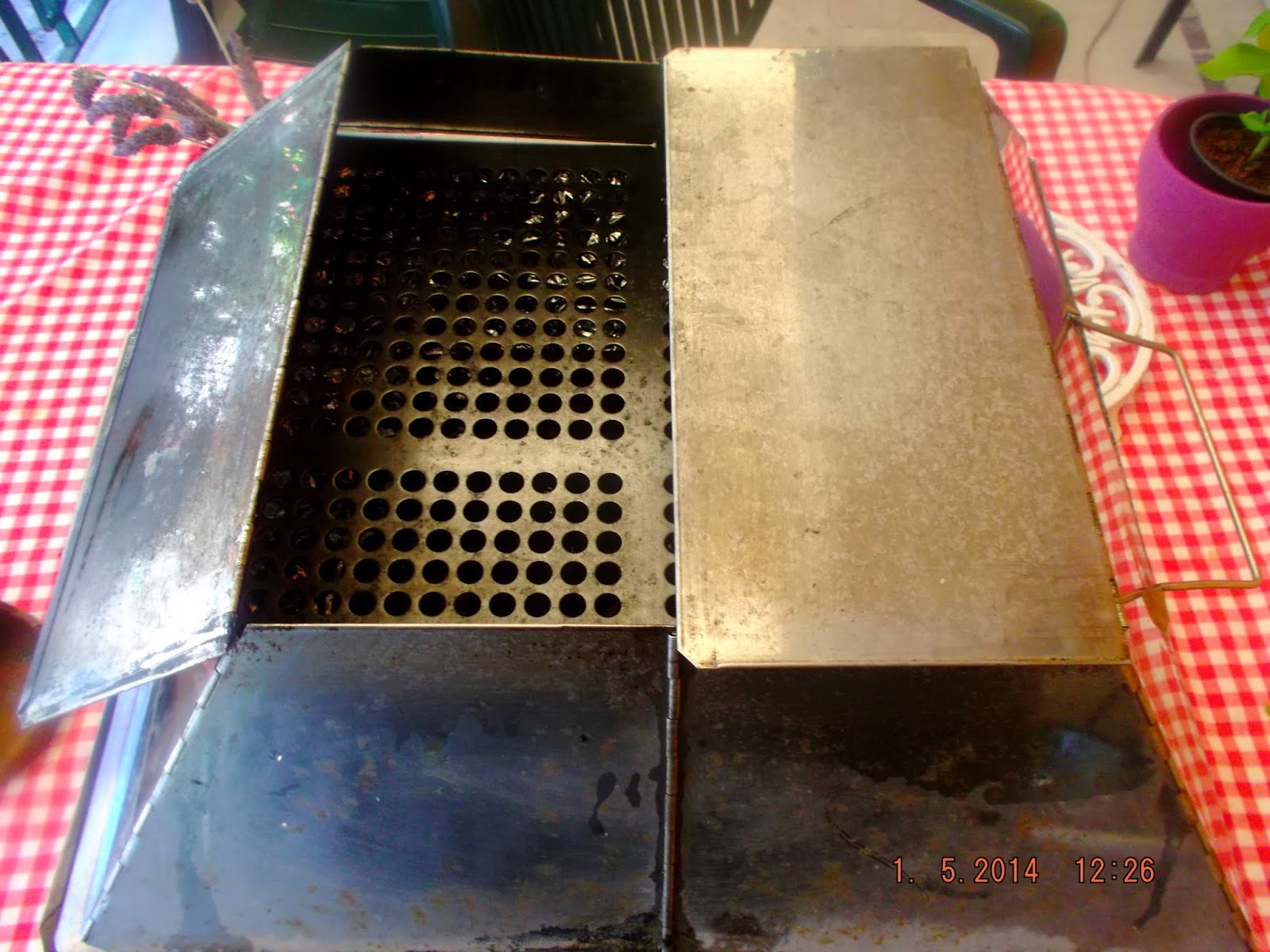 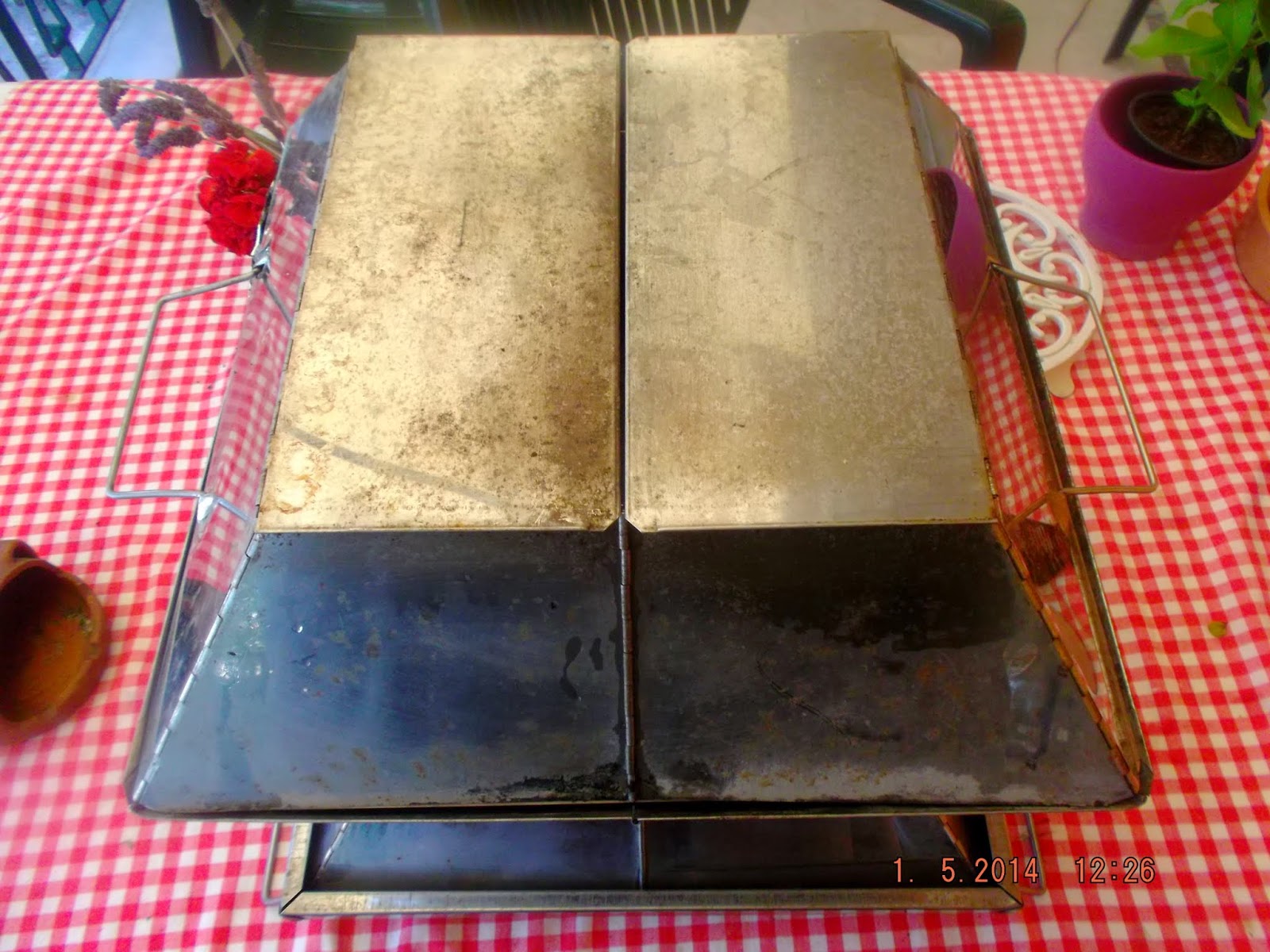 Very handy instrument to have to picnics and outdoors. If you want to go the extra mile, you can get the smoker which is a folding cube with two shelves in side. This particular size holds 16 briquettes put upright for high temperature. You can lay the briquettes on their sides for less heat.

I just wanted to share this experience with you.